For decades, high-speed transportation solutions have been proposed between Calgary and Edmonton. This is because the current options – driving, flying, or taking the bus – all have flaws: they produce significant greenhouse gas emissions, are relatively slow, and are vulnerable to Alberta’s sometimes harsh weather. Additionally, the Albertan economy is in need of a boost. Due to the province’s historic reliance on one primary industry (oil and gas), job creation in the province has been lagging the rest of the country in recent years, and vulnerable populations are at risk of being left behind.

TransPod, CCC, and our partnership

TransPod is developing a 300 kilometer ultra-fast transportation line from Edmonton to Calgary. This line will be able to transport passengers and cargo between the cities in approximately 45 minutes; will reduce Alberta’s greenhouse gas emissions by hundreds of thousands of tonnes per year; will save lives by giving passengers an alternative instead of dangerous winter roads; and will bring over 140,000 jobs to the province throughout construction.

CCC is a proudly Indigenous-owned and led organization, which focuses on bringing technological solutions and opportunities to Indigenous communities across Canada.

Together, we are eager to bring this new transportation project to Alberta and to ensure that Indigenous communities have the opportunity to fully and effectively participate in the project through design, construction, operations, ongoing assessment, and investment opportunities.

Announcing the results of the feasibility study

Announcing the signing of a memorandum of understanding with Alberta Transportation

Briefing for Assembly of First Nations

One-Page Summary of the project for First Nations 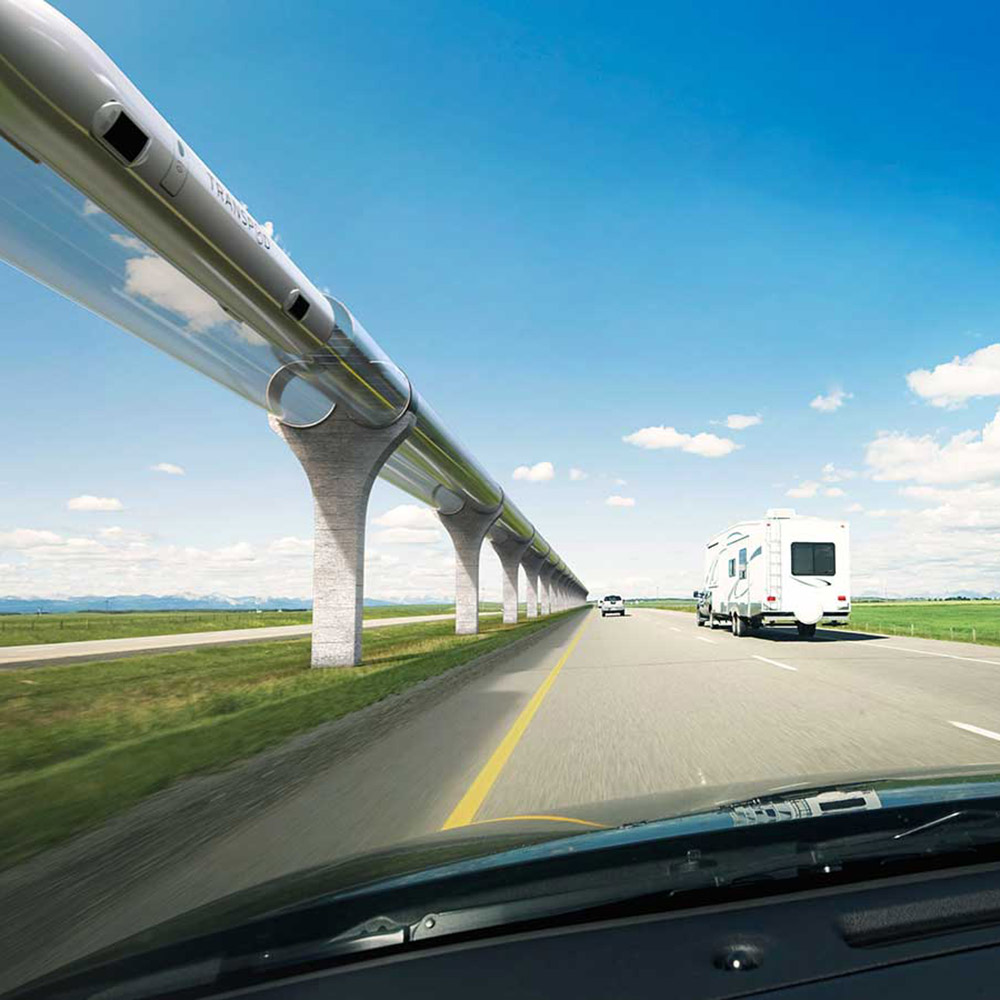 How can I get involved in the project?

Specific opportunities for First Nations involvement can be found below.

What benefits will the project bring to Alberta?

This project will bring significant benefits to Alberta and its citizens, including:

How does the TransPod hyperloop system work?

The TransPod vehicle, sometimes called a “pod”, is similar to an aircraft, minus the wings, and operates like a train. It has an aerodynamic fuselage and structure, to transport passengers or cargo between cities faster than a modern commercial aircraft. The system is designed to have several vehicles travelling in the same direction simultaneously. Departures from stations can be scheduled every few minutes, making the system’s operations similar to a subway, where travellers simply arrive at the platform, and wait for the next vehicle to depart. This departure system eliminates the hassle of airline ticket bookings, making travel extremely flexible and truly on demand.

The vehicles are computer-controlled and operated autonomously, enhancing passenger safety by eliminating human piloting errors. The system operates in a near-vacuum enclosed tube environment, making air resistance much lower than in the outside environment. In the case of any evacuation emergency, the tube can be returned to atmospheric pressure by systems which rapidly allow the ordinary air pressure back inside the tube. The tube is constructed out of steel or alternatively composite materials. It can be built below ground, at ground level, or above ground suspended by concrete pillars. In order to achieve maximum operating speeds, the tube transport line is designed to be as vertically and horizontally straight as possible to avoid creating uncomfortable G-force sensations for passengers. The vehicles are propelled by linear induction engines, which are powered by fully electric energy. These powerful engines accompanied by a near-vacuum environment enables passenger and cargo vehicles to travel at over 1000 km/h.

Safety has been the number one priority in the design of the TransPod system. Several aspects make it safer than alternative travel options. The vehicles travel in an enclosed tube, meaning they are not exposed to external environment / weather effects. Additionally, numerous digital and mechanical failsafes have been developed so that in the event of any emergency, the TransPod system is able to rapidly recover without posing a risk to passengers. For example, the tube can be rapidly returned to atmospheric pressure in the event of an emergency, and physical wheels can be deployed in the event that levitation of the vehicle malfunctions.

When do you expect the line to be ready for operations?

We are aiming to begin full operations of the line in 2030. This is based on spending 2022 getting all the necessary permitting and approvals; building and operating a test track from 2023-2026; and building the full line from 2026-2030.

Design ideas to minimize impact on the surrounding environment

TransPod’s objective is to design the future of transport in harmony with the environment. TransPod and CCC are keen to engage with First Nations communities to better understand how the system should be designed to minimize the impact on the surrounding environment, or even to augment the environment if possible.

The construction of the line will provide many thousands of job opportunities in construction, engineering, skilled trades, and more.

This is a very capital-intensive project requiring multiple billions of dollars in investment. TransPod is keen to have First Nations investing to ensure the ongoing financial benefits are distributed in an inclusive manner.

Once the line has been constructed, TransPod will need personnel to manage the ongoing operations, monitoring, and maintenance.

Ongoing assessment of the line

Once the line is operational, TransPod will need personnel to evaluate the performance of the line on an ongoing basis, such as evaluating whether it is achieving its environmental targets.

Fill in the details below to connect with us.